In this series AIB, sponsors of the AIB Club Championship, explore #TheToughest lives of GAA athletes and how they compare to their professional counterparts across the world.

With only one way to find out, we have drafted in ex-NFL Star, Roberto Wallace, and former England cricketer Steve Harmison to put this theory to the test.

The pair of professional sportsmen are set to trade places with Mayo All Star Aidan O’Shea and Tipperary hurler Brendan Maher, who will in turn be temporarily transferring to the world of NFL and a premier Australian Cricket Club respectively.

If you missed it… watch it!

Aaron Kernan, former young footballer of the year and Armagh wing back swapped with David Bentley from Sunderland Football Club while the Kilkenny left corner back, Jackie Tyrell, swapped with Miami Marlins catcher Brian Schneider to try his hand at a spot of baseball, while Brian is handed a hurl! 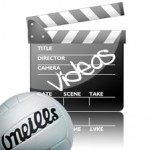 Dublin, making their first All Ireland Final appearance for 11 years, were trailing Galway by two points midway through the second half of the 1974 decider.

The westerners were awarded a penalty and their sharpshooter Liam Salmon was entrusted with the kick. Facing him was Paddy Cullen, who played out the field for his club, but was handed the number one jersey for his county by Kevin Heffernan.

The penalty at the Canal End of Croke Park was a definite advantage for Galway, as against the vociferous following of Dubs on the Hill.Salmon struck his shot low and hard to the left of Cullen, but the goalkeeper guessed correctly and scooped the ball around the post. As it transpired, it turned out to be a mortal blow for Galway and Dublin found new inspiration to drive at the opposition for the remainder of the match.

With Brian Mullins inspirational in the middle of the field and Jimmy Keaveney showing unerring accuracy with his free-taking, the Dubs ran out winners by five points (0-14 – 1-6) and the era of Heffo’s Army had begun. However, Cullen’s penalty save will be remembered as a turning point that led to a revival of GAA in the capital and the classic Dublin v Kerry clashes that followed.

There are a few familiar faces in there I’m sure.

Is that Peter Canavan in their trying to chat all them fellas up? Or are they all fighting among themselves cause they fancy him.  Not sure really but the game was a real cracker.

I wonder who did the voice over though.  Sounds awfully familiar to me… in fact I would guess that thats an Armagh accent in there somewhere.

Still, no time to be wasting, Im off to find some more stuff to add for all your lazy feckers to watch and enjoy.  might do some posts with the team profiles today… watch this space.

If I could I would have chosen twenty Jimmy Barry Murphy GAA moments in hurling, football and management. But the man we later came to know as God in Cork first came to national prominence in 1973.

He was nineteen, I was nine, and in the All Ireland Football Final against Galway JBM just looked the part. On a day when Cork wore all white with a red trim, to avoid a clash of colours, Jimmy Barry Murphy was the epitome of cool. The crew cut, the sideburns, the confidence – Barry Murphy had it all. Jimmy took a long fisted pass from Ray Cummins and in one sleek movement turned his way out of a tackle.

Then – and almost in slow motion -a teasing toe to hand that had the Galway defence, Michael O Hehir and the entire crowd wondering what the Boy Wonder would do next. With a swagger J B M planted the ball past the Galway defence and into the net at the Hill 16 end of the ground. But that’s not all.

The new King of Cork then raised his arms upwards to the heavens and a star was born in one iconic moment.

Rated one of the finest hurlers of all time, on a plateau of greatness alongside Christy Ring, Mick Mackey and from the modern era, D. J. Carey. In addition to his all-round skilful play, physical strength and field craft, Eddie was a scoring machine, shooting Kilkenny to success in six All-Ireland finals: 1963, 67, 69, 72, 74 and 75.

In the 1972 final, Cork were leading Kilkenny by eight points midway through the second half but they were overhauled and eventually lost a thrilling game by seven points.

Just before Kilkenny’s second-half comeback, Eddie Keher shot this spectacular goal from the wing – to remind a then dominant Cork that he was still there, and that the Kilkenny volcano was merely dormant, not extinct!